Today I added one of the most requested features to the application: Manual Seat Changes

As players are eliminated Blind Valet detects when tables are unbalanced and proposes to balance tables. Up until now the only choice was a random draw, so one of the players from one of the bigger tables is selected randomly and given a random seat at one of the short tables. This generally works fine, but there can be instances where the random draw is not fair (ex: player is in the BB two hands in a row).

Now the tournament staff can select the player manually and move them to a chosen seat. If the seat they are moving to is filled, the players will swap seats. 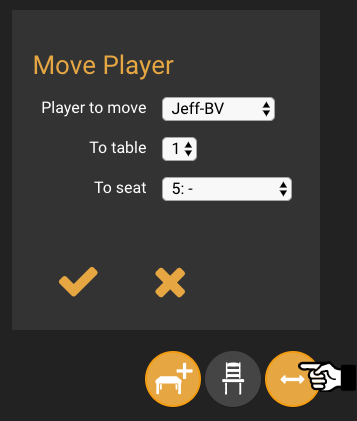 This feature is accessible from the Seating screen.

The Manual Seat Change feature is available as part of the “Ante” Subscription plan.